5 ideas production companies can steal from Netflix and Hulu 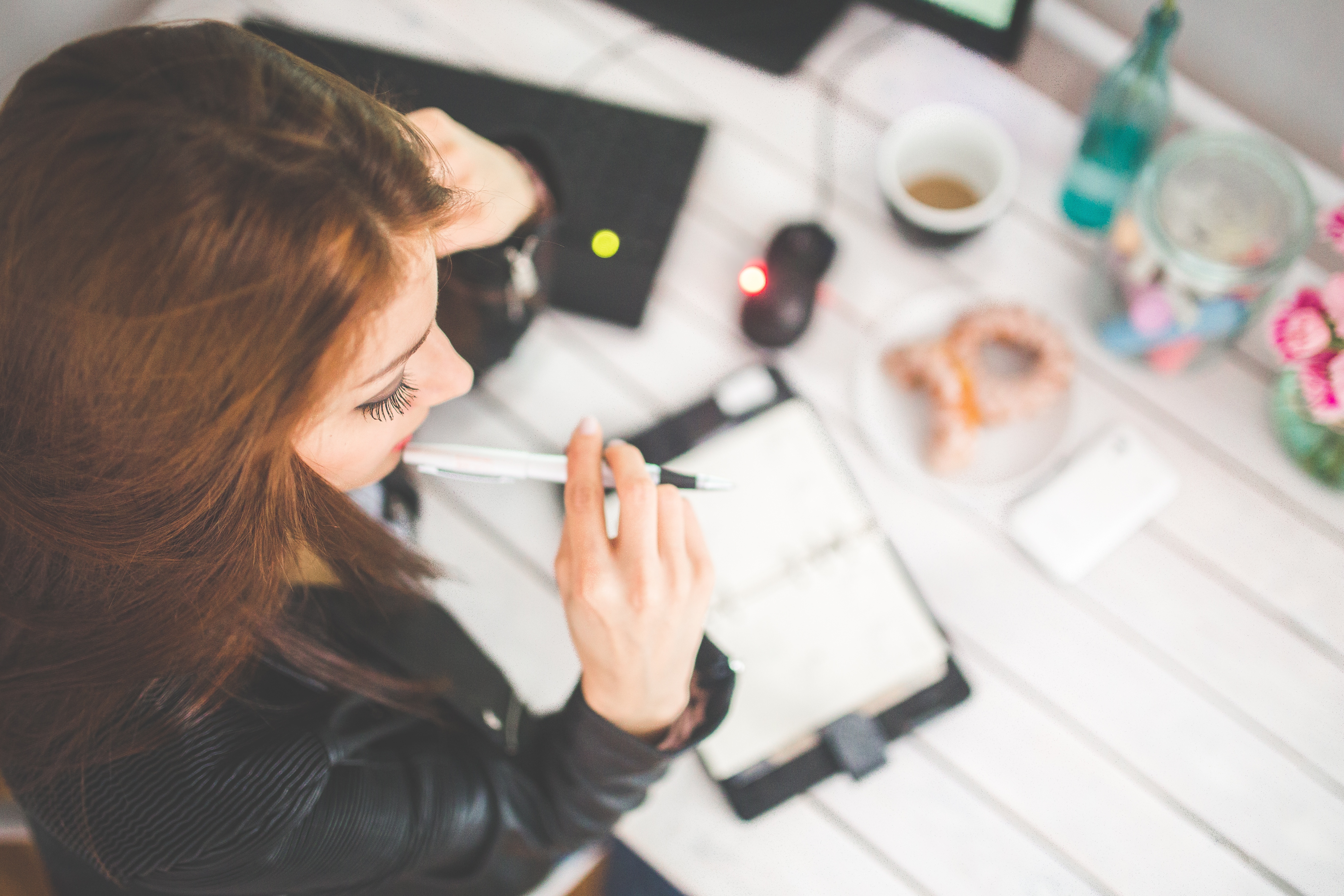 Online streaming initiated a fundamental shift in the entertainment industry. Two significant players–Netflix and Hulu–led the charge, pushing the bounds of how audiences consume entertainment and what they expect from their entertainment. Blending data analytics, ad sales, and devotion to storytelling, their innovations and practices have produced tried and true methods that producers and studios large and small can–and should–start implementing today.

Today, there is no excuse for a marketing strategy that doesn’t hit the majority of its goals. With more data available than ever before and more tools to interpret and act on that data, studios can set more realistic goals, find more effective ways to reach their audience, and learn details about both their content and their audience that can inform further development.

And through data analytics, that’s exactly what Netflix does.

Take for example the movie poster, or, in Netflix’s case, the title card. Netflix develops several title cards for each movie in its database–typically around 10. Each title card is representative of some crucial aspect of the movie or television show. For example, one Stranger Things title card shows an obscured child with a bloody nose (Eleven!!), another a man in a moonlit pumpkin patch full of rotting gourds, and in another a child stands at the threshold of a darkened room, looking out a fiery, foreboding landscape. Moreover, these are just three out the nine they produced.

Using some super high-powered algorithms and predictive analytics, Netflix analyzes a viewer’s history, including the title cards of movies they finished and positively rated, and selects the image most likely to attract their attention.

“Here we might personalize this decision based on how much a member prefers different genres and themes. Someone who has watched many romantic movies may be interested in Good Will Hunting if we show the artwork containing Matt Damon and Minnie Driver, whereas, a member who has watched many comedies might be drawn to the movie if we use the artwork containing Robin Williams, a well-known comedian.”

Netflix uses viewing history to determine what kinds of details in promotional material attract a click-through and video completion.

Also, you do not need to have super high-powered algorithms to take advantage of this personalized, data-driven strategy. (Though if you want to, you can invest in analytics for predictive success) By leveraging social media and data analytics, any studio can start testing and refining their marketing plans today. Using the analytics tools of representative social media communities –namely Facebook– to test ad campaigns or boost blog posts early on in the process will give marketers the information they need to make effective long-term marketing plans. From collateral art and marketing copy to featured talent and teaser soundtrack, marketers can find not only the best message for a widespread campaign but discover more niche groups and methods for reaching them, too.

One of the aspects of the title cards that Netflix considers is faces, which humans are more likely to respond to than any other kind of imagery. Importantly, it is not just any face that matters. “It is important to note that faces with complex emotions outperform stoic or benign expressions,” explained Global Manager of Creative Services Nick Nelson,  “Seeing a range of emotions actually compels people to watch a story more. This is likely due to the fact that complex emotions convey a wealth of information to members regarding the tone or feel of the content.”

There are numerous cognitive and consumer behavior studies to take advantage of on this count. Be it for the marketing efforts of your movie or development goals while evaluating new scripts, data analytics can help point the way to finding a receptive audience.

All of the streaming giants, savvy producers,  and successful web-based media companies know how powerful metadata can be. Think of metadata as a digital game of Taboo: everything you can say to possibly describe a piece of content accurately without relying on the title. Each bit of metadata assigned to any aspect of material — individual clips, scenes, description, images–helps increase your visibility with the audience. Rich metadata about a piece of content allows providers to gather both implicit and explicit information about a viewer, and thus possess better indications of what to market them next, what kinds of stories to look towards in development, what kind of on-screen and behind-the-scenes talent to invest in, etc.

And this has applications outside of just folks looking to watch something online. It also helps people looking for theater showtimes, looking to buy the released version, or when engaging with your collateral marketing material. Each bit helps.

4. Choose Your Own Adventure

In November of 2017, Variety reported that Hulu would integrate marketing and content in a way that is both wholly novel and entirely familiar: Choose your own adventure.

As users watch “Door No. 1,” a story about a high-school class’ ten-year reunion, they will be able to choose the way the plot unfolds. Moreover, as part of the story, they will see Nissan and the dating-app Bumble show up in the storylines.

Hulu is not alone, either. Netflix has several “choose your own adventure” style children’s series.

And it is not strictly relegated to home viewing; Hulu and Netflix are building on a tradition that started more than 50 years ago with the in-theater interactive movie Kinoautomat. The 90’s saw a few attempts with I’m Your Man and Mr. Payback, but the experiences were limited and often overly gimmicky. Mr. Payback Roger Ebert readily panned Mr. Payback.  “Nothing on Earth could induce me to sit through every permutation of Mr. Payback,” Ebert wrote. “Is there a future for interfilms? Maybe. Someday they may grow clever or witty.”

That time may be now. Audiences are more primed for interaction than they were 20 years ago, and digital production has increased the capabilities for creators.Kino Industries’ Late Shift–-delivered both as an in-theater experience and as an app–has been one of the most critically-acclaimed interactive films and prizes storytelling and character development as the goal. The method would not work for every script, but the approach could breathe life into stories that otherwise don’t fit the traditional mold of distribution.

One of the most widely adopted uses of the interactive film, though, is to convey a branded experience instead of traditional ad spots without losing the integrity of the story.  The hope here for Hulu is that despite the obvious brand placement, viewers will still engage with the storyline instead of clicking away.

For Netflix, it is more about engagement and brand loyalty. So much of the entertainment industry is governed by the viewer’s discovery, and a lot of viewers want to be able to take ownership of that discovery.  By directly letting viewers have a hand in the way the story goes, producers can create whole experiences for their audience and gain recognition as the creators who understand how to deliver a truly memorable encounter.

5. Make Lemons out of Lemonade

Piracy is an unfortunate truth of the digital age, so why not make the most of it? Early on, one of the ways that Netflix tracked tv and movie piracy rates to find the most desirable content to license from production companies. Over time, patterns and spikes emerged that showed a marketplace desire for specific content. And if that property was too expensive, Netflix would use the show in question as a roadmap for license and acquisition.

For example, let’s say that for a few weeks, Prison Break was the most pirated show. The hit TV show might cost more than they want to spend on licensing (as opposed to original programming), but they could acquire shows and movies with similar plotlines, settings, other work starring the actors of the series, etc., to attract the subscription dollars of those interested in Prison Break.

There’s no reason that production companies cannot implement top pirated movies/tv shows as a key performance indicator for development and adaptation options. It allows producers and studios to tap more directly into the zeitgeist, identify trends and anomalies in production, and gather data on the kinds of on-screen and behind-screen talent that make a production evergreen.

Beyond Bechdel: How The 2019 Oscars Stack Up on Female Representation

Movies May Start Watching You