Parasite made history this year by becoming the first non-English-language film to win the Academy Award for Best Picture. But as our Story Research Platform discovered upon analyzing the Parasite script, that’s not the only thing that sets it apart from the last 20 years of Best Picture winners. 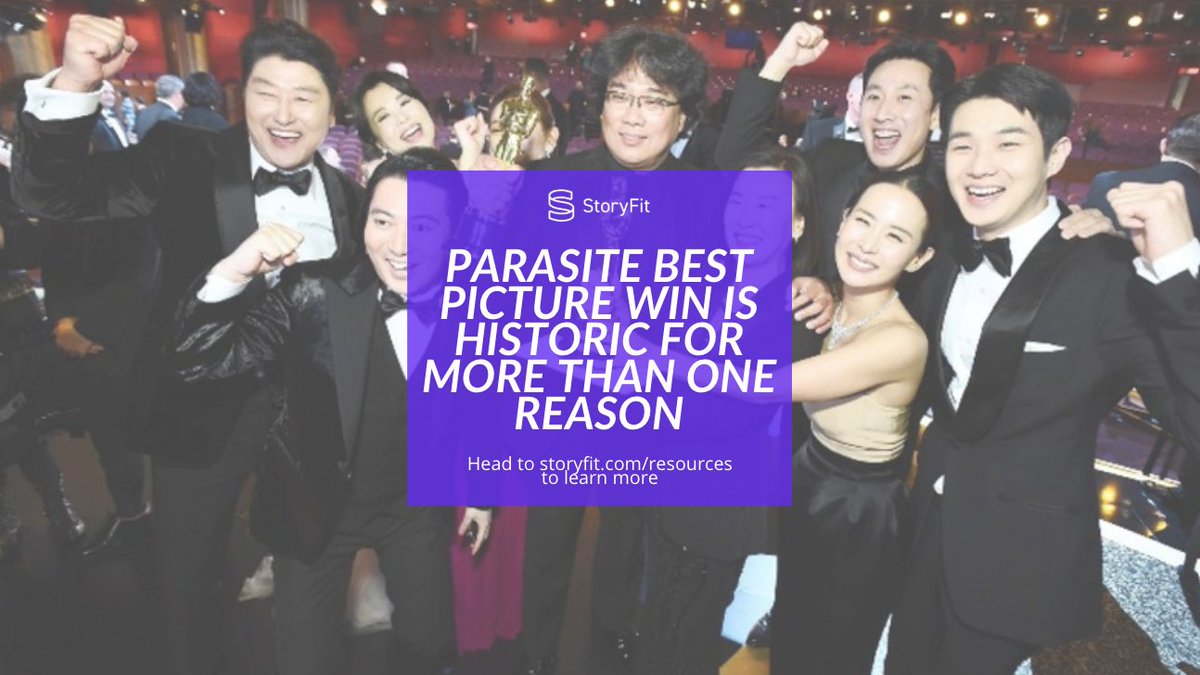 Here are our most interesting findings on Parasite and its fellow Best Picture nominees. (Editor’s Note: We were unable to obtain the screenplay for Once Upon a Time… in Hollywood so its data is not included in this piece.):

Parasite’s usage of male and female characters is virtually equal, both in the number of characters (8 male, 8 female) and the amount of dialogue they speak.

Gender balance is highly unusual among the last 20 years of Best Picture winners. In fact, only one other film featured female dialogue that was on par with male — Chicago (2002), a story that was largely set in a women’s prison.

Parasite is a more intimate story than the average Best Picture.

Another area where Parasite diverged from the field is in the number of characters it features. The average winning film includes 44 characters, compared with Parasite’s 18 (8 male, 8 female, 2 gender unknown), suggesting a more intimate story than the norm.

If you felt a sense of claustrophobia while watching Parasite, it might be because the film has fewer exterior scenes than the average. It takes place 80% indoors, compared with 61% for the other Best Picture Winners.

How about the other Oscar nominees?

1917 had an interesting emotional palette.

Our software studied the prevalence of four emotions within each Best-Picture-nominated script — joy, sadness, anger, and fear — and found that 1917 delivered all four emotions.

That puts it in contrast to most of this year’s nominees, and the winners of the past, whose primary emotion is typically joy. Other exceptions this year include Ford v Ferrari, which also displays sadness as its primary emotion (40.6%), just edging out joy (36.8%).

1917 was also the most action-packed Best Picture nominee this year.

Marriage Story was the most dialogue-driven Best Picture nominee.

Also unsurprising is the finding that Marriage Story clocked in the highest dialogue-to-action ratio at 71% dialogue, followed by Little Women (57%) and The Irishman (51%).

Half of the scenes in Joker had no dialogue.

Although Joker didn’t have the lowest amount of dialogue (1917 did), it did have the highest number of dialogue-free scenes. Half of Joker’s scenes featured no dialogue at all.

That’s actually low compared to the average — 64% of scenes from Best Picture winners do not include dialogue.

Three of the last twenty Best Picture winners have had a strong Hollywood subgenre, so we were sure Once Upon a Time in Hollywood would be a Best Picture Nominee.

Want to see Parasite insights or any other Oscar Best Picture Nominee? Schedule a free demo today and learn more about Story Research.

Video: Learn about our philosophy and the WHY behind StoryFit.